A pioneer in abstract cinema and computer animation, a collaborator of Alfred Hitchcock for his visual effects, and Charles Eames and Buckminster Fuller for experiences in cinema expanded to architecture, John Whitney Sr was awarded a fellowship as artist-in-residence at IBM between 1966 and 1969. Matrix III, an ever-evolving digital mandala, has been produced in California following his first experiments with high powered computers. The motion graphics, composing and decomposing at the rhythm of Terry Riley’s improvisations, is a major work of synesthesia, in which light, form and sound melt into a hypnotic immersion, into a cosmic journey. 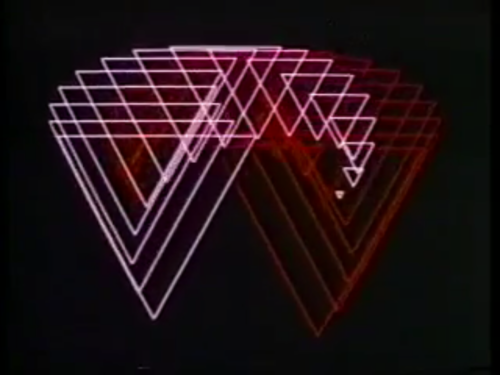