Dialogue with Pauline Oliveros at the Théâtre du Galpon

Residency, get together
Schedule to be confirmed

Six artists and musicians have been invited to explore the ideas and music of North American artist, composer and theoretician Pauline Oliveros (1932–2016) during a week-long residency that will lead to four concerts. A composition classmate of Terry Riley and Stuart Dempster in 1956 and a member of the San Francisco Tape Music Center from 1963, where she created some uniquely radical electronic music, Pauline Oliveros had a profound impact on post-war American music through an intellectual commitment and an artistic career deeply rooted in the experience and the act of listening. From the middle of the 1960s, accompanied by the generous drones of her accordion and her voice, alone or with a group, she began developing “rituals” that combined her improvisations with a series of movements and breathing exercises. A few years later, based on this practice, she developed Deep Listening, a philosophy as much as a set of practices to increase one’s awareness of listening and of the sound phenomenon in its physical, social, environmental and spiritual implications.

Deep Listening is nowadays taught throughout the world. Pauline Oliveros is the author of a complex body of work that covers six decades and combines her activities as a composer, educator, thinker and advocate for the rights of minorities. Her spouse, IONE, present in Geneva for this tribute, will be joined by Swiss musicians Céline Hänni, Anna-Kaisa Meklin and Margrit Schenker, French musician and artist Félicia Atkinson as well as Canadian composer Anne Bourne. 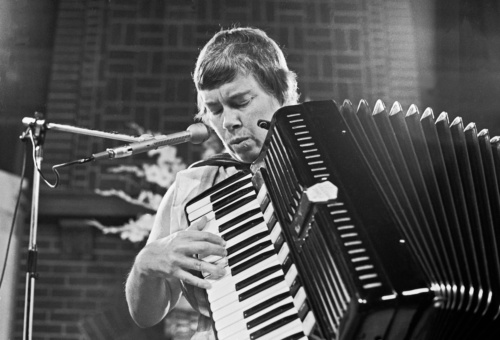